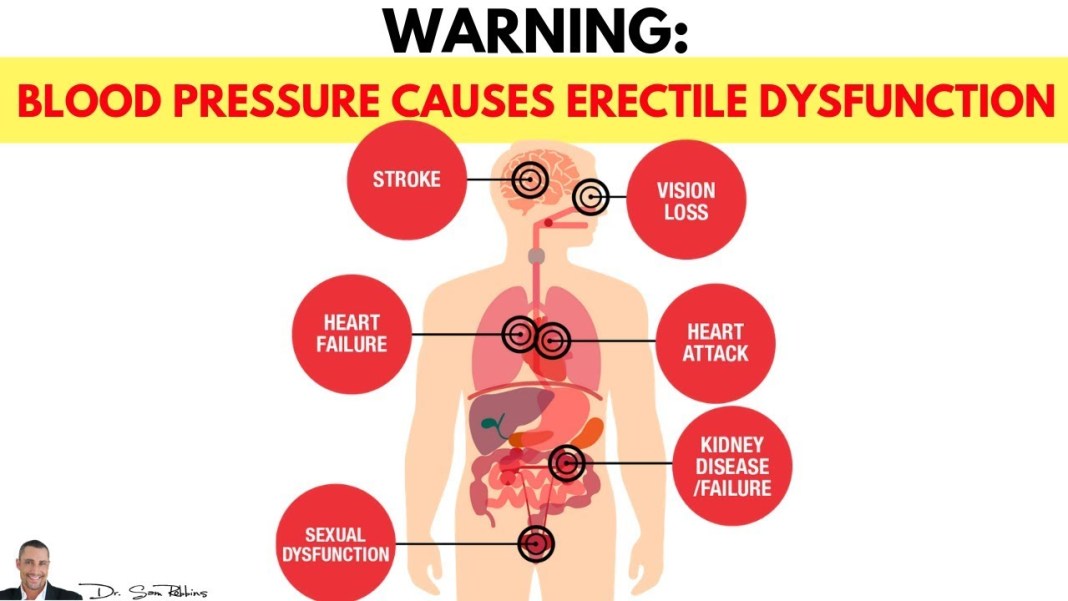 A white Minneapolis man has lost his office lease after a group of black entrepreneurs accused him of racially profiling them inside...
Read more
Movies

For the first time ever, comedian Jo Koy takes Netflix to the Philippines in his new special, Jo Koy: In His Elements, launching...
Read more
Celebrities

Over the years, I’ve had a lot of guys tell me that the solutions I gave to them to lower their blood pressure naturally, has also resulted in a “side-benefit” of better erections.

They’ve asked if there’s any correlation… or if it’s just “coincidence”?

And yes, there is a direct correlation and I’m making this video for all the guys who do have some kind of erectile “issues” that they’re concerned about, want to fix or just want to prevent in the future.

And I bring this up because ⅓ of adults have high blood pressure and about 75% don’t even know it.

Sadly, the older you get, the worse the problem … and these numbers are also similarly correlated with erectile dysfunction.

There are 2 main reasons for having erectile problems:

The primary one is a hormonal imbalance and the numbers and ratios are NOT optimized. I’ve covered this in the past. But basically, this means that:

Total and free testosterone levels are down.
Estrogens (estradiol) levels are higher.
Prolactin (another female hormone) is also higher.
Cortisol and other stress hormones are elevated
Elevated insulin levels

Additionally, an imbalance in hormones, will also eventually lead to the secondary cause, which is poor blood flow circulation. And I’ve also covered this in the past.

However, what’s interesting is that high blood pressure or hypertension, is one of the symptoms or resulting consequences, of both hormonal imbalances and/or poor blood flow.

So either way, the end result is higher blood pressure, which also happens to accelerate aging.

Now, what most people don’t know is that PDE5 inhibiting drugs, such as Viagra and Cialis, help lower blood pressure, in addition to improving blood flow, the end result being stronger erections.

In fact, Sildenafil – the active ingredient in Viagra, was originally developed for high blood pressure. However, a side-effect … or, side-BENEFIT of it, was better erections.

What’s interesting is that Pfizer has TWO drugs that contain Sildenafil:
Viagra for erections
and Revatio for hypertension.

What’s super interesting is that Revatio costs less than Viagra, even though it’s the same exact drug and dosage.

So, getting back to high blood pressure and erectile problems.

One study1 showed that about 50% of men ages 40 to 79 with high blood pressure, also had erectile dysfunction.

Another study2 showed that almost 70% of men with high blood pressure, had some degree of erectile dysfunction. And for 45% of the men, it was considered “very severe”.

High blood pressure keeps the arteries that carry blood into the penis, from dilating the way they’re supposed to. It also makes the smooth muscle in the penis lose its ability to relax.

As a result, not enough blood flows into the penis to make it erect or stay erect.

Simi and Adekunle Gold reportedly welcome baby in the US

Reports reaching us this hour have it that Nigerian celebrity couple, Adekunle Gold and Simi have welcomed their first child in the United States.
Read more
Celebrities

“Why can’t my fans be supportive like Nicki Minaj’s fans?” – Mercy Eke laments over her less supportive fan base

Big Brother Naija ‘Pepper Dem’ edition winner, Mercy Eke has in a live session on her Instagram page lamented over how less supportive her...
Read more

The late Kobe Bryant's induction into the basketball hall of fame has been postponed to 2021 due to the ongoing Coronavirus pandemic.
Read more
Celebrities

Police brutality and racism are two topics on the lips of most Americans right now following the brutal murder of George Floyd.
Read more
Featured

75 police officers were seen standing outside the home of Derek Chauvin to defend him following the death of George Floyd.
Read more
360APROKO

The late Kobe Bryant's induction into the basketball hall of fame has been postponed to 2021 due to the ongoing Coronavirus pandemic.
Read more
Celebrities