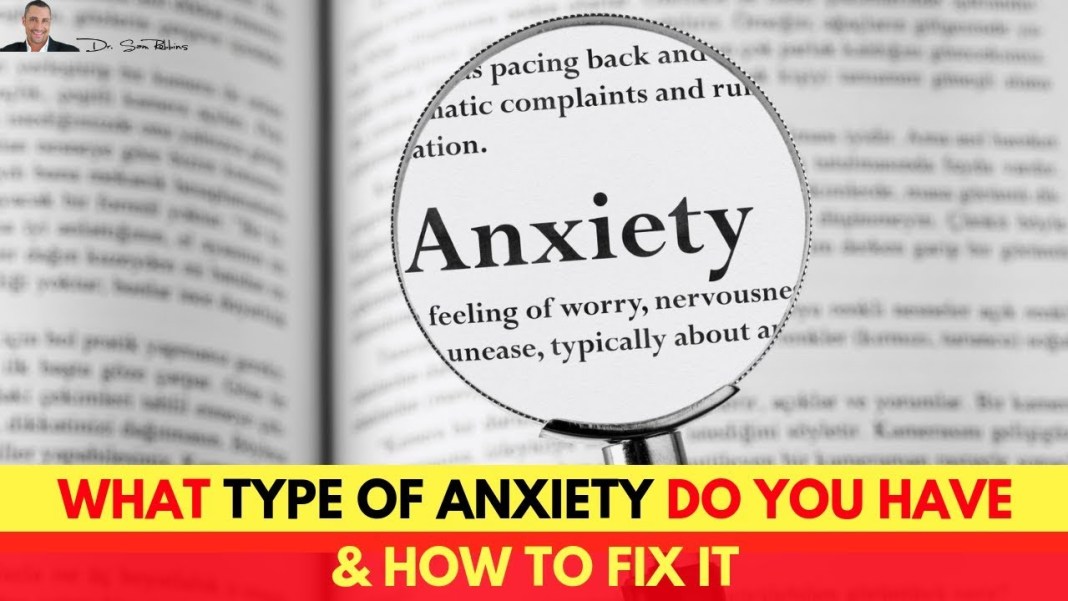 Canadian gospel singer, Jonathan Steingard has revealed why he no longer believes in God even though he grew up in a Christian home...
Read more
Sports

The late Kobe Bryant's induction into the basketball hall of fame has been postponed to 2021 due to the ongoing Coronavirus pandemic.
Read more
Health

WHO can’t dictate to us – Minister of state for health, Olorunnimbe Mamora

Olorunnimbe Mamora, minister of state for health has stated that Nigeria cannot take orders from the World Health Organization on the steps...
Read more
Sports

French Ligue 1 club Nantes have named Super Eagles winger Moses Simon, as their best player for the 2019-20 season after the...
Read more

Or see these 5 Common Foods That Cause Or Increase Depression:
👉 https://www.youtube.com/watch?v=W62cyuoyn8E

Keep in mind that Anxiety disorders also often occur with other disorders such as depression, eating disorders, and attention-deficit/hyperactivity disorder (ADHD) for both adults and children

However, statistically speaking, over 75% of the population has felt some form of anxiety.

Globally, 1 in 13 people suffer from anxiety on a regular basis.

In the US, anxiety disorders are the most common form mental illness, affecting over 40 million adults over the age of 18. That’s about 20% of the population.

Anxiety disorders also affect over 25% of teenagers (children between 13 and 18 years old).

Research shows that untreated children with anxiety disorders are at higher risk to perform poorly in school, miss out on important social experiences, and engage in substance abuse.

So if you have children, please make sure you watch this video and also share it with a friend who has children.

Preventable, Treatable and Curable
The good news is that anxiety disorders are highly preventable, treatable and even curable. Yet, only about 37% of people suffering receive treatment and this is usually in the form of harmful, addictive medications.

What’s The Cause
Because there are so many different forms of anxiety disorders, the cause and development is complex and includes primarily genetics, hormonal imbalances and brain chemistry.

However, life events, trauma and life-style are all contributing factors.

Anxiety And Depression
It’s important to note that people with anxiety, also suffer from depression and vice versa. In fact, it’s about 50% of the time – if you have one, you have the other.

Okay, so let me quickly cover the 6 primary forms of anxiety and some important statistics. See which one you identify with the most…

Panic Disorder (PD)
PD have similar stats to GAD, affecting almost 6.5 million adults, or 2.7% of the U.S. population.
Again, women are twice as likely to be affected as men.

Social Anxiety Disorder
SAD affects 15 million adults, or about 7% of the U.S. population, so this is a big one.

SAD is equally common among men and women and typically begins around age 13… Right around puberty, when all the hormones begin to change

Specific Phobias
I was surprised to find out that Specific phobias affect almost 20 million adults, or 9% of the U.S. population. I had no idea it was so high.

Once again, women are twice as likely to be affected as men.

Unfortunately, rape is the most likely trigger of PTSD: 65% of men and 46% of women who are raped will develop the disorder.

Childhood sexual abuse is a strong predictor of lifetime likelihood for developing PTSD.

Obsessive-Compulsive Disorder (OCD)
And finally we have OCD, which affects about 2 million adults, or 1.0% of the U.S. population.

OCD is equally common among men and women.

The average age of onset is 19, with 25% of cases occurring by age 13 – again, around the time of puberty and hormonal changes.

Treatments
There are lots of treatments.

Medication
Of course, we’ve all heard of prescription drugs and I’m sure you know someone who has taken an anti-anxiety or antidepressant. Maybe even yourself.

Unfortunately, 95% of the time, these drugs are incorrectly prescribed. Resulting in more problems later, including addiction.

Simi and Adekunle Gold reportedly welcome baby in the US

Reports reaching us this hour have it that Nigerian celebrity couple, Adekunle Gold and Simi have welcomed their first child in the United States.
Read more
Celebrities

“Why can’t my fans be supportive like Nicki Minaj’s fans?” – Mercy Eke laments over her less supportive fan base

Big Brother Naija ‘Pepper Dem’ edition winner, Mercy Eke has in a live session on her Instagram page lamented over how less supportive her...
Read more

The Oluwo of Iwo has said that Black men are still living in ignorance by worshiping the ''White man's God'' while demonizing...
Read more
News

As the Federal government prepares for the gradual reopening of the economy, the Nigerian Civil Aviation Authority (NCAA) has issued post COVID-19...
Read more
Business

See How More People Are Making Extra Cash During This Pandemic

For most of us, this pandemic is the first time we’ve had to stay strapped inside for a long time, with almost...
Read more
Entertainment

Apple Music on Thursday May 28, announced that it will be launching its first radio show in Africa tagged  “Africa Now Radio with Cuppy”,
Read more
Religion

Nasarawa CAN chairman, Bishop Joseph Masin, has been kidnapped

The Chairman of the Christian Association of Nigeria(CAN ) in Nasarawa state, Bishop Joseph Masin has been kidnapped. Confirming...
Read more
360APROKO

The Oluwo of Iwo has said that Black men are still living in ignorance by worshiping the ''White man's God'' while demonizing...
Read more
News

As the Federal government prepares for the gradual reopening of the economy, the Nigerian Civil Aviation Authority (NCAA) has issued post COVID-19...
Read more