T.I’s daughter, Deyjah Harris unfollows her family, including T.I following his comment about her virginity 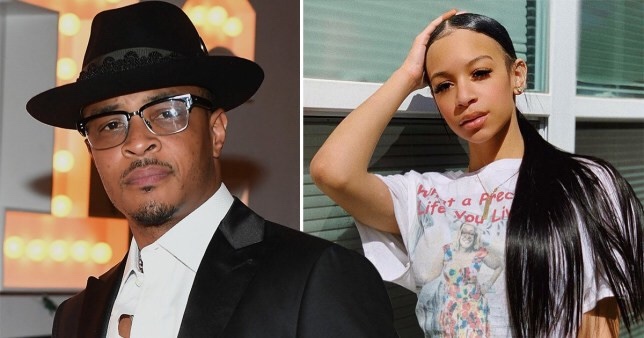 Man reunites with his mother after 13 years in prison

An emotional video which just surfaced the internet has shown the moment mother and son reunited after 13 years of being separated...
Read more
Celebrities

An accused rapist was released from custody in Montgomery County, Md., despite a request from Immigration and Customs Enforcementto hold the suspect...
Read more
Entertainment

BBNaijaReunion: “ I never called anyone stupid in the house ” – Tacha Claims, Venita, Others reacts

Another episode of the Big Brother Naija reunion for 2019 housemates aired yesterday and as expected, it came with the usual drama.
Read more
News

Deyjah Harris, T.I’s daughter has unfollowed her father and members of her family after his comment of subjecting her to virginity test every year.

When T.I’s daughter unfollowed her family members is unclear, it however became quite glaring after the 39-year-old rapper disclosed that he goes to the gynecologist with her to “check her hymen” during an interview last week.

Dejah is no longer following her father T.I, her step mother Tiny and her step sister Zonnique Pullins.

Though T.I’s daughter is yet to publicly address her father’s comment, however she recently liked series of tweets which described his actions as “disgusting,” “possessive” and “controlling.”

Recall LIB reported that co-hosts of the podcast, Nazanin Mandi and Nadia Mohamtook down the episode and apologized for their “knee jerk reaction to the uncomfortable topic” following the backlash that ensued.

His mom may have won an Oscar for playing June Carter Cash, but Deacon Phillippe is getting ready to become his famous...
Read more

The 100 is going back in time with a prequel episode set 97 years prior. Titled "Anaconda," Wednesday's installment serves as a backdoor pilot...
Read more
Entertainment

James Corden has a new project! On Tuesday, Nickelodeon announced that it has inked a multi-platform deal with Fulwell 73, the production company...
Read more
Featured

Why we have to shut Third Mainland Bridge now ― FG, Lagos govts

The Federal and Lagos State governments on Tuesday said plans have been concluded to embark on immediate routine maintenance works on the Third...
Read more
News

The 100 is going back in time with a prequel episode set 97 years prior. Titled "Anaconda," Wednesday's installment serves as a backdoor pilot...
Read more