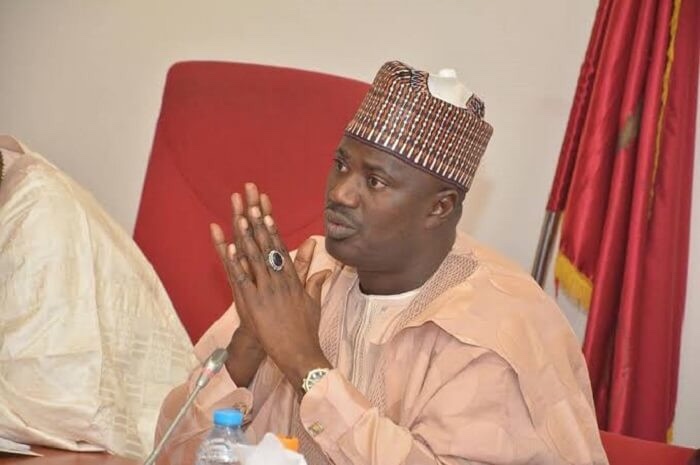 Lisa Marie Presley's son Benjamin Keough has died at the age of 27. The news was confirmed to 360aproko...
Read more
Celebrities

Jennifer Lopez and Maluma are making music together! The stars took to Instagram over the weekend to share pics from their studio...
Read more
Celebrities

Deputy chief whip of the senate, Senator Aliyu Abdullahi has lashed out at those opposing the controversial hate speech bill he is sponsoring.

The lawmaker who described opponents of the bill as pretenders who claim they are protecting freedom of speech, alleged that some elements with strong bias capable of escalating ethnic and religious violence are infiltrating the media.

He also warned Nigerians to be wary of false information being spilled out by some persons and groups parading themselves as serving the interest of the nation.

The Niger State Senator insisted there is need to criminalize hate speech as he cited the United States Commission on International Religious Freedom (USCIRF) report on “Overcoming Dangerous Speech and Endemic Religious Divides in Central Nigeria” to back his aim of sponsoring the bill.

“Both Christians and Muslims have said that the media blatantly expresses bias against their religion, and that journalists will deliberately not report their story or perspective,” he said.

“Outside the immediate communities affected by a specific incident, the general public’s understanding of violent events is often incomplete.

“In some cases, false news about attacks have incited the people to undertake revenge attacks in various parts of the country.”
Making specific reference to Centre for Information Technology and Development (CITAD) report, Abdullahi said: “In 2017, Nigeria experienced the continuation of three major conflicts that provided a fertile ground for the propagation of hate speech.

“These were the resurgence of the Biafra Agitation in the South East, the clash between the Army and members of the Islamic Movement of Nigeria, popularly referred to as the Shiites Movement in the North West, and the transformation of the localized farmers-herders conflict and cattle rustling to the large scale rural banditry that had taken an ethno-religious character across much of the North West and North Central zones of the country.

“Across the country, scores of people were killed as a result of these conflicts, further providing fuel for the wildfire of hate speech.
“More than at any time in the recent history of the country, hate speech became widely used in public discourse and communication.

“They fueled a dynamic that weakened national cohesion and made it difficult for the country to collectively address the threat to peace that affected the population in the country.”

Nigerian Instagram comedienne, Ada la Pinky talks about whether or not her boobs are real or fake

Fans are mourning the death of Nicole Thea. The YouTuber's family revealed on Sunday that she had died one day prior. Nicole...
Read more

For the first time in decades, Sudan is to allow non-Muslims drink alcohol. The country has also scrapped laws that had made...
Read more
Featured

The Lagos State Safety Commission on Sunday said it had sealed 33 religious and social facilities for operating against the state’s established...
Read more
News

Argentina has registered more than 100,000 COVID-19 cases, its Ministry of Health said Sunday, despite the Buenos Aires area — the country’s...
Read more
Food

Palm Wine: The health benefits of this drink will amaze you

For the first time in decades, Sudan is to allow non-Muslims drink alcohol. The country has also scrapped laws that had made...
Read more
Featured

Ibadan-based businessman, Mr Omololu Akinyosoye, tells ENIOLA AKINKUOTU that he has been told that one needs to lobby to get the result of coronavirus...
Read more