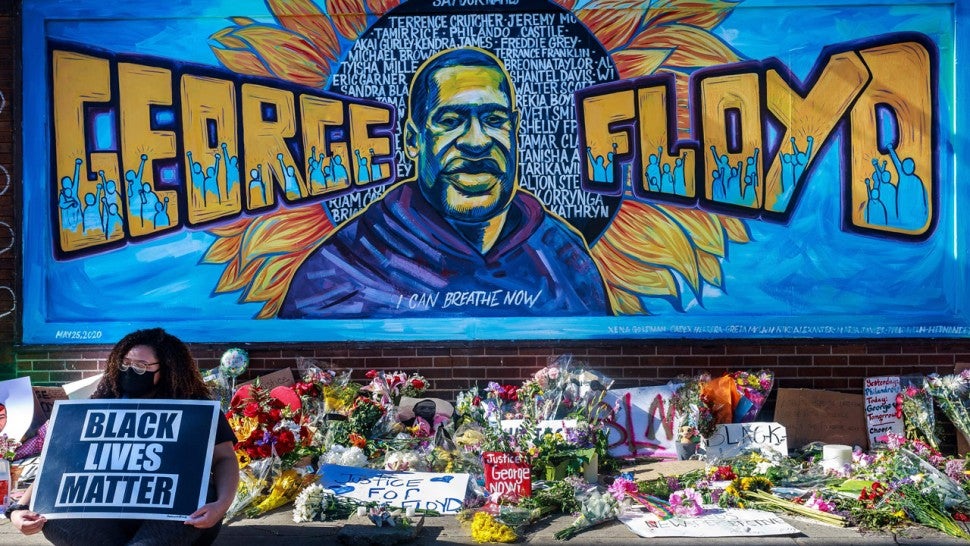 Fred Savage is returning to the television show that made him a star, albeit in a very different role. The former child...
Read more
Featured

Park Won-soon, the mayor of the South Korean capital Seoul, is missing. According to South Korean police, Park was...
Read more

The music is going quiet for “Blackout Tuesday” to let the sounds of protest and calls for action be heard. In a charge led by several record label execs — and joined by a multitude of artists — the music industry is coming to a temporary halt Tuesday to raise awareness and show solidarity with the demonstrations being held against police brutality.

The Blackout Tuesday protest, to be held June 2, was sparked by #TheShowMustBePaused movement, which began with messages shared by Atlantic Records’ Jamila Thomas and Brianna Agyemang of Platoon explaining that the initiative is “in response to the murders of George Floyd, Breonna Taylor, Ahmaud Arbery and countless other Black citizens at the hands of police.”

The execs posted pleas for the music industry as a whole to stop normal operations for a day in an effort to enact change and support the fight against injustice and systemic racism.

“Tuesday, June 2nd is meant to intentionally disrupt the work week,” they explained of the blackout. “It’s a day to take a beat for an honest, reflective and productive conversation about what actions we need to collectively take to support the Black community.”null

“The music industry is a multi-billion dollar industry. An industry that has profited predominantly from Black art,” the message continued. “Our mission is to hold the industry at large, including major corporations + their partners who benefit from the efforts, struggles and successes of Black people accountable.”

The statement goes on to explain that #TheShowMustBePaused “is not just a 24-hour initiative. We are and will be in this fight for the long haul.”

Multiple record labels and other music industry execs have shared the statement and supported the initiative — including RCA Records, Epic Records, Def Jam, Capitol Records, Republic Records, and Atlantic Records, which have encouraged their employees to take the day off to participate in the movement — as have radio hosts and many musicians.

“It is heartbreaking to see America tearing itself apart again over issues of race,” Rolling Stones frontman Mick Jagger wrote on Twitter on Monday. “Tomorrow I stand with my fellow artists and observe Blackout Tuesday to combat racial discrimination and social injustice.”

“It’s hard to know what to say because I’ve been dealing with racism my entire life. That said, it’s rearing its ugly head right now & by God it’s time to deal with it once & for all,” producer Quincy Jones wrote on social media. “My team & I stand for justice. Convos will be had & action will be taken. #THESHOWMUSTBEPAUSED”

Share
Facebook
Twitter
Pinterest
WhatsApp
Linkedin
Email
Previous articleWho’s The Thug Here?’: Anderson Cooper Unleashes On Donald Trump
Next articleMan vows not to pay for food after eating at a restaurant, says the fish was not prepared that day

Jyoti Amge may be the world's smallest woman, but her dreams are larger than life. Fans will get to know more about the...
Read more
Featured

Denise Richards and husband Aaron Phypers were once again in the middle of another mess on "Real Housewives of Beverly Hills" --...
Read more
Featured

GLAAD Media Awards are Going Virtual! Check Out the Nominees and Guest Appearances

The GLAAD Media Awards are going virtual this year. On Thursday, GLAAD announced that it will host a virtual ceremony for the 31st...
Read more

CNN anchor Don Lemon made the claim that Jesus Christ was "not perfect," which Pastor Robert Jeffress said "makes him and his...
Read more
Family

Jesse Tyler Ferguson and his husband, Justin Mikita, are officially parents! The couple has welcomed their first child together,...
Read more
crime

Police say three men and two teen boys have been arrested in connection with the February slaying of Pop Smoke in California....
Read more
Health

Dr. Oz assesses ranking of COVID-19 risk factors: How to make wise decisions for your family

Dr. Mehmet Oz said on Thursday that he loves the fact that the Texas Medical Associationand other groups are releasing information on...
Read more
360APROKOCHAMPION OF ONLINE NEWS

CNN anchor Don Lemon made the claim that Jesus Christ was "not perfect," which Pastor Robert Jeffress said "makes him and his...
Read more