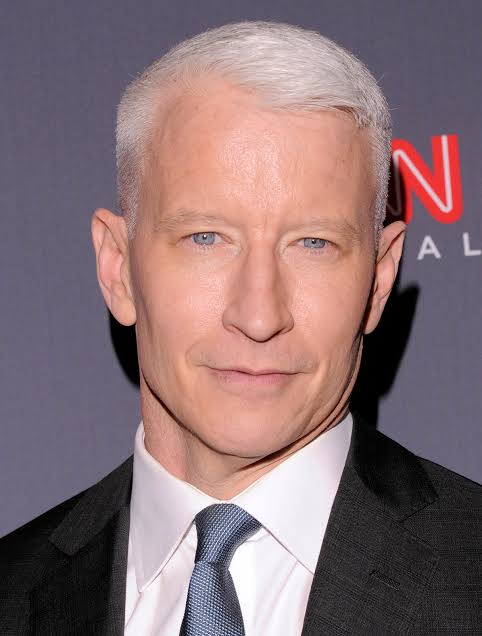 A Texas city is reporting the COVID-19-related death of a newborn baby boy whose family told a local television station was only...
Read more
Celebrities

It seems that hot girl summer is in full swing once again. Megan Thee Stallion and Kylie Jenner were hanging out together on Saturday, and it's...
Read more
Celebrities

A federal appeals court on Sunday ruled that the first federal execution in nearly two decades can proceed as scheduled on Monday, overturning a lower...
Read more

A fed-up Anderson Cooper let loose Monday night on self-proclaimed “law and order” President Donald Trump, characterizing him instead as a “thug.”

Cooper noted that the president in a White House statement Monday threatening violence against anti-racist protesters “claimed a power he doesn’t really have” — he “can’t send the military into every state,” he said. “That’s not law and order.”

What the “president doesn’t seem to know or care is that the vast majority of those protesting, they, too, are calling for law and order. A Black man killed with four officers holding him down, a knee to the neck … that’s not law and order; that’s murder,” Cooper said.

He added: “I’ve seen societies fall apart as a reporter …. I’ve seen countries ripped apart by hate and misinformation, and political demagogues and racism. We can’t let that happen here.”

CNN’s Kaitlan Collins told Cooper that peaceful protesters were attacked with tear gas and batons Monday so the president could look like a tough leader as he strolled to a nearby church to hold aloft a Bible for a photo-op (which infuriated church leaders). Trump orchestrated the scene because he was “upset” by media coverage that he had been rushed to a bunker in the White House for safety Friday night during protests, sources told Collins.

Joe Biden maybe leading President Trump in some recent 2020 presidential election polls, but Biden will soon have to answer for and explain his recent policy...
Read more
News

The deep state Republicans are alive and well and doing what you’d expect them to be doing. They are living proof that...
Read more

The Lagos State Safety Commission on Sunday said it had sealed 33 religious and social facilities for operating against the state’s established...
Read more
News

Argentina has registered more than 100,000 COVID-19 cases, its Ministry of Health said Sunday, despite the Buenos Aires area — the country’s...
Read more
Food

Palm Wine: The health benefits of this drink will amaze you

The process of actually frying fried rice in batches can be very stressful. Here's a much simpler way to get your fried...
Read more
360APROKOCHAMPION OF ONLINE NEWS

The Lagos State Safety Commission on Sunday said it had sealed 33 religious and social facilities for operating against the state’s established...
Read more