’90 Day Fiancé’: Yazan Freaks Out at Brittany Over Hugging Men and Bringing Alcohol to Jordan 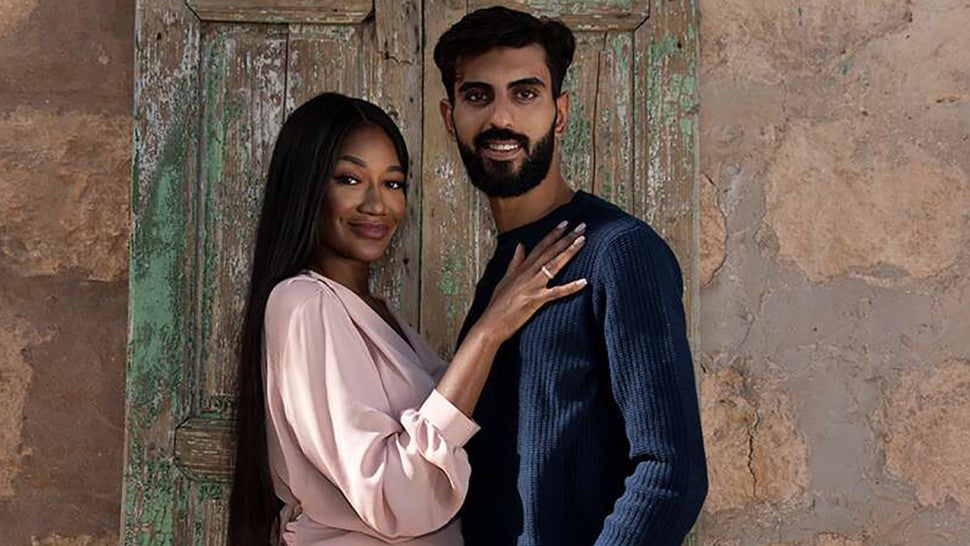 A tourist, Roman Trofimov, is desperate to be rescued after spending 110 days living in an airport in the Philippines due to...
Read more
Health

575 new cases of Coronavirus were recorded in Nigeria on Monday, July 6. According to the Nigeria Center for...
Read more
Family

Remy Ma and Papoose are adding to their family! During an appearance on Fox Soul's Out Loud With Claudia Jordan on Monday, Papoose...
Read more
Business

OneUnited Bank -- which boasts being America's largest Black-owned bank -- is growing even larger along with the Black Lives Matter movement...
Read more

Brittany’s reunion with her fiancé, Yazan, definitely didn’t go as planned on Monday night’s episode of 90 Day Fiancé: The Other Way.

The 26-year-old rapper moved all the way from Palm Beach, Florida, to be with 24-year-old Yazan in Jordan, and although they initially had a sweet greeting at the airport — Yazan came with flowers — things turned sour even before they left the parking lot. A major issue between the two has been how Brittany is going to adapt to the culture in Jordan, given that the free-spirited Brittany has said she does not want to convert to Islam. This was put to the test right away when upon leaving the airport, a note from TLC shared that Yazan got extremely upset off camera when Brittany hugged members of the show’s crew who put a mic on her, and when he saw that she had a container of alcohol in her carry-on bag.

Yazan asked Brittany why she was acting “crazy,” and said she knew she was not supposed to have alcohol and hug other people in Jordan. A clearly upset Yazan walked away from her and began cursing at both his fianceé and TLC producers.

Meanwhile, a bewildered Brittany kept her cool, and said she had never seen him lose his temper like this. She worried aloud that he was like her controlling ex, and if so, said she did not want to be with him. She also pointed out that alcohol was accepted in Jordan, and that she already told him she didn’t want to convert to Islam.

“I’m not proud of his behavior,” she said.

Yazan later told cameras that their fight was exactly what his parents warned him about when it comes to him and Brittany’s clashing cultures. Earlier in the episode, he visited his parents to tell them about his plans to pick Brittany up from the airport. His father, Ziad, said he had no problems with Brittany but that it was extremely important that she convert to their religion and that she wear the hijab. He also stressed that he and Brittany can not sleep together before being married, which Yazan agreed to, and that they need to get married soon because he can not accept Yazan being “a boyfriend.”

A big problem, however, is that Yazan and his parents think Brittany is already officially divorced, though in a previous episode, she admitted that she is still technically married to her ex-husband, who has since been deported to Haiti. A lawyer told her that it would take months for her divorce to be official — especially since Brittany said her ex wasn’t cooperating with the process — and advised Brittany to come clean to Yazan about why she can’t marry him right away.

A preview of next week’s episode doesn’t bode well for Brittany and Yazan as they continue their huge fight in the car, which escalates when Brittany tells him to get his finger out of her face as he yells at her.

Meanwhile, Monday’s episode of 90 Day Fiancé: The Other Wayalso showed 29-year-old Ariela leaving her family and home in Princeton, New Jersey, to be with her boyfriend, Biniyam, in Ethiopia. 360aproko recently spoke to Ariela and she defended her “genuine” relationship with Biniyam, who it was revealed in last week’s episode actually already has an American ex-wife and a young son that he hasn’t seen since his ex moved back to the United States.

’90 Day Fiancé’: Ariela Is Shocked By Biniyam’s Appearance After Reuniting in Ethiopia

Ariela's long-awaited reunion with her boyfriend, Biniyam, in Ethiopia wasn't the happy occasion she thought it was going to be on Monday's episode...
Read more
Movies

The 100 is going back in time with a prequel episode set 97 years prior. Titled "Anaconda," Wednesday's installment serves as a backdoor pilot...
Read more
Movies

’90 Day Fiancé’: Deavan Tells Jihoon She Doesn’t ‘Want to Be Together’ After His Lies

Things went from bad to worse on Monday's episode of 90 Day Fiancé: The Other Way for Deavan and Jihoon, following Deavan...
Read more