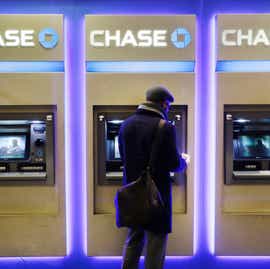 Joe Arpaio, the former sheriff of Arizona’s largest county who built a national reputation as a staunch opponent of illegal immigration and...
Read more
Sports

OKC Thunder guard Dennis Schroder -- a frontrunner for the 6th Man of the Year Award -- has left the NBA's bubble...
Read more
Featured

Stop buying your kids what you never had” – Man advises parents

A digital Evangelist identified as Vala Afshar has taken to twitter to advice parents on the proper way to raise their kids...
Read more
Sports

Manchester United and Jadon Sancho ‘agree terms on a five-year contract worth £340, 000 per week’

Manchester United have reportedly agreed terms on a five-year deal worth £340,000-a-week with Jadon Sancho. The England international and Borussia...
Read more

If the balance on your Chase checking account was incorrect late Saturday or early Sunday, you weren’t alone.

Chase customers across the nation posted on social media about finding errors in their accounts, including erroneous charges and lost funds.

In a tweet Sunday, Chase said a technical issue was to blame and that it was resolved as of 9 a.m. Eastern time.

“We know some customers reporting seeing incorrect balances in their checking account overnight. This was caused by a technical issue that delayed updates on what displayed on Chase Mobile & Chase Online,” Chase said in a statement on Twitter. “We resolved this issue as of 9AM ET and accounts now show current balances.”

Save better, spend better:  Money tips and advice delivered right to your inbox. Sign up here

On Sunday morning, there was an alert on the Chase mobile banking screen that said parts of the app weren’t available, Newsweek reported.

“Parts of the app aren’t available right now. Please try again later,” the alert said.  “Thanks for your patience.”

Ford announced Tuesday that Jim Hackett would resign as chief executive and be replaced by longtime auto executive Jim Farley as the...
Read more
Business

Gold’s rally has halted just below $2,000 an ounce partly due to fierce technical resistance, but an eventual break above that level...
Read more
Business

Booking.com plans to cut workforce by a quarter

President Trump's campaign is touting voter-registration gains in three key 2020 battleground states that will have a big impact in determining whether...
Read more
Featured

Black-owned U.S. businesses have failed at a disproportionately higher rate than those owned by whites during the coronavirus epidemic possibly because they...
Read more
360APROKOCHAMPION OF ONLINE NEWS

President Trump's campaign is touting voter-registration gains in three key 2020 battleground states that will have a big impact in determining whether...
Read more