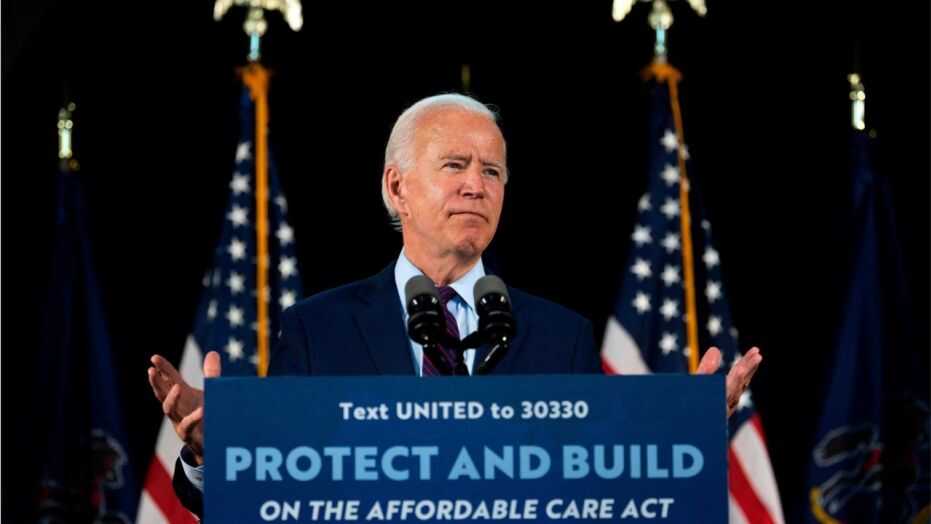 An argument over trespassing on July 4 turned into an "attempted lynching," according to the man at the center of it.
Read more
Sports

The MLS' return ain't off to the best of starts … the league just postponed its first game of its comeback tournament...
Read more
Featured

The Senate has asked the Federal Government to rename the Ibadan Airport after the late former governor of Oyo State, Senator Abiola...
Read more
Featured

We have every right to live because we pay tax and contribute to society” Gay Chef, Ayomide says as he explains why he came...

Ayomide, the chef who recently came out as gay and introduced his partner to the world, has explained why he risked it...
Read more

Presumptive Democratic presidential nominee Joe Biden pulled no punches in going after President Trump on Tuesday during his first press conference in 89 days, while also saying some statues across the country should be removed and teasing his forthcoming announcement about a running mate.

While Biden’s press conference in Delaware was ostensibly about how he would respond to the coronavirus pandemic, the former vice president slammed the current White House occupant for his response to reports that Russian intelligence operatives offered to pay bounties to Taliban-linked militants who killed U.S. troops in Afghanistan.

Trump on Sunday denied that he had been briefed about the matter before the New York Times reported on it over the weekend.

Also during the press conference, Biden said that he has not been tested yet for coronavirus as he’s “had no symptoms” and that he doesn’t want to “take anybody else’s place in the process.” He added that Secret Service is being regularly tested and that he will get tested “relatively soon.”

Asked about the debate over the removal of certain statues across the country, Biden said: “I think those statues belong in museums, they don’t belong in public places.” But he drew a distinction between figures like George Washington and Thomas Jefferson, who owned slaves, and Confederate leaders who fought to maintain slavery.

Biden also said that he is also putting together a list of African American women who could serve on the Supreme Court — though he is not prepared to publicly release though names — and said he intends to announce his vice presidential nominee several weeks before The Democratic National Convention in August.

As for the Russian bounty reports, Biden on Tuesday said it was unimaginable that Trump would not have known about the intelligence and called into question the president’s cognitive abilities.

“The president talks about cognitive capability, but he is not cognitively aware of what’s going on,” Biden said, reversing a hit the president has used against him.

News that Moscow allegedly offered bounties to Afghan militants who killed U.S. soldiers was first reported over the weekend in the New York Times.

The Washington Post further reported that the Russian bounties are “believed to have resulted in the deaths of several U.S. service members.” And The Associated Press reported that officials said an April 2019 attack on an American convoy that killed three Marines in Afghanistan is under investigation.

Trump on Sunday denied that he and Vice President Mike Pence had been briefed on the matter – saying in a late-night tweet that U.S. intelligence services “did not find this info credible, and therefore did not report it to me.”

The Associated Press reported on Tuesday that top officials in the White House were aware in early 2019 of classified intelligence indicating Russia was secretly offering bounties to the Taliban for the deaths of Americans, a full year earlier than has been previously reported.

The assessment was included in at least one of President Donald Trump’s written daily intelligence briefings at the time, according to the officials. Then-national security adviser John Bolton also told colleagues at the time that he briefed Trump on the intelligence assessment in March 2019.

The White House didn’t respond to questions about Trump or other officials’ awareness of Russia’s provocations in 2019. The White House has said Trump wasn’t — and still hasn’t been — briefed on the intelligence assessments because they haven’t been fully verified. However, it’s rare for intelligence to be confirmed without a shadow of a doubt before it is presented to top officials.

Biden’s decision to hold a press conference came after Republicans – and the Trump campaign — have hit Biden over the lack of availabilities recently.

He added: “Joe Biden can’t stand the bright lights of scrutiny. Every time he ventures out from his basement, he makes some grave error that his campaign has to deal with for several days that follow.”