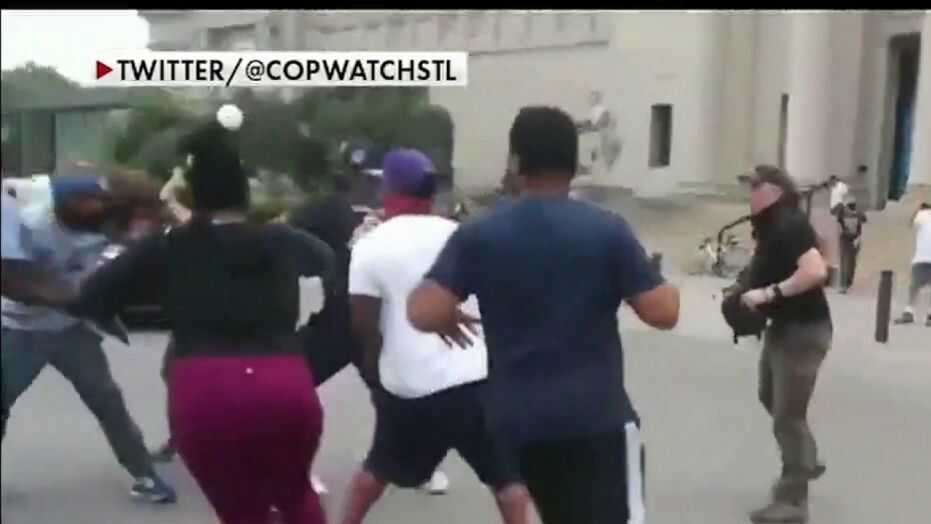 When you take time to make your children feel loved, you are passing on a spiritual blessing. It’s never too late to bless...
Read more
Featured

Amazon has pulled the item, telling us, "All sellers must follow our selling guidelines and those who do not will be subject...
Read more
Featured

China only fulfils 5% of Sino-U.S. energy trade deal in first half of 2020

China bought only 5% of the targeted $25.3 billion in energy products from the United States in the first half of 2020,...
Read more
crime

King, his cousin, a pastor and others arrested for kidnapping in Imo state (photos)

The Imo State police command has arrested a traditional ruler and 7 others for allegedly kidnapping a police inspector and others in...
Read more

If the current homicide rate in St. Louis maintains its pace, the Missouri city could be on track to surpass the 194 recorded homicides it observed in 2019.

Between January and May, the city had 77 recorded homicides, according to data from the St. Louis Metropolitan Police Department. When adding in the number of homicides from the unfinished June, the total number jumps up to 99, the police department’s 2020 UCR Homicide Analysis shows as of Monday.

“We have a violence crisis because we’re not doing what’s necessary,” said James Clark, a vice president of public safety and community response for the St Louis Urban League, in an interview with 360aproko. St. Louis. “This is senseless violence, but now we’re looking at needless violence. We need not continue at the rate that is happening in the St. Louis Metropolitan area.”

Of the 99 St. Louis homicides this year, 29 were closed while 70 remain open. Additionally, there are eight homicides that are not included in the police department’s report were considered “justifiable.”

As a community leader, Clark believes the homicides are occurring to a lack of de-escalation techniques, a sentiment that is shared by Lewis Reed – the President of the Board of Alderman – despite the board he represents having approved $5 million for the public health program Cure Violence in October of last year.

However, the sheer amount of homicides is a lot for the organization.

“We’re essentially are going to go another summer with no additional support, still operating on the old system that’s brought murders, after murder, after murders,” Reed told 360aproko news.

The number of homicides in St. Louis has exceeded 185 in the last four years, according to police records. The highest being 205 homicides in 2017, which is also the year a Pew Research Center report dubbed a “murder capital.”

St. Louis’ current rising homicide rate comes at a time when there is citywide unrest due to recent protests for the demilitarization and defunding of police, which is the latest demand after the death of George Floyd and other unarmed African Americans – some of whom died in police custody.

McEnany says Dems ‘unserious’ about coronavirus relief, ‘making a mockery of this process

President Trump declined to praise the late Rep. John Lewis in an interview with Axios on HBO, claiming that he himself had...
Read more

Black-owned U.S. businesses have failed at a disproportionately higher rate than those owned by whites during the coronavirus epidemic possibly because they...
Read more
Politics

Sarah Sanders on push to ‘hide’ Joe Biden from debates: ‘He can’t defend his record’

Presumptive Democratic nominee Joe Biden is not taking questions and may not debate because his campaign is afraid of how he will...
Read more
Politics

After weeks of railing against what he claimed were the potential risks of voting by mail, President Donald Trump on Tuesday urged...
Read more
360APROKOCHAMPION OF ONLINE NEWS

Former Secretary of State Condoleezza Rice said Tuesday the "problem with the left" is liberals assume how Black people should think.
Read more